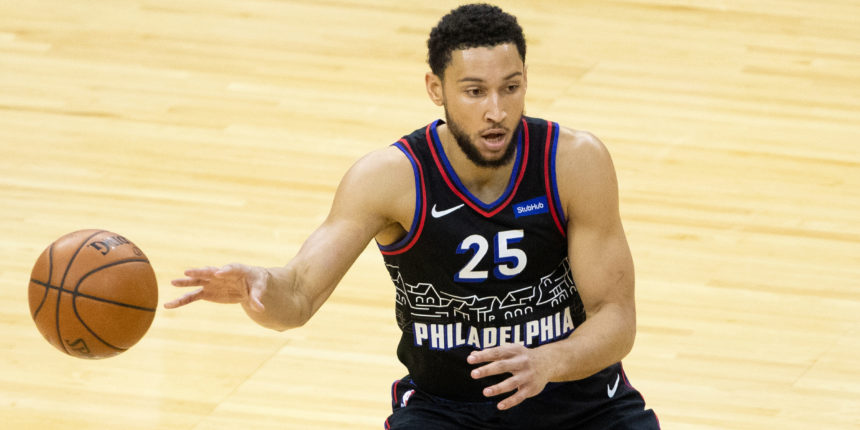 In a recent interview with Dr. Rawls-Dill, he mentioned Ben Simmons and an example of how what’s measured and who’s evaluating matters in determining success and quality. This really resonated with me and fine-tuned a sports analogy I’ve been making for years. Ben Simmons’s saga is the perfect example of how we’ve let standardized testing define students ability/aptitude/potential.

Let me break it down for you.

Ben shot an abysmal 35% from the free throw line in a playoff series.

His terrible shooting at the line killed his confidence and made him tentative. His team, the 76ers, lost that playoff series to the lower ranked Atlanta Hawks. Philly fans, being Philly fans and in this case representing a certain faction of education pundits, turned on him and started calling him out his name. They called him all kinds of trash. His teammates and coach in interviews gave the weakest pseudo-support I’ve ever seen a teammate given.

This was Ben’s SAT and he apparently failed.

He’s since been declared “not ready for college and career.” He’s been labeled under-achieving. He’s suffered learning loss. He’s not ready for elite basketball. The parallels are astounding. Underperformance during one important moment in time is used to undermine the entire history of accomplishment.

Some of the critiques were deserved. In that series, we saw his free throw percent plummet and even the most casual fan could see his confidence wane and see him actively avoiding situations where he might have to take free throws. This one failed test snatched the confidence from an All-Star player, gave him the yips, and maybe ended his time with a team he’d just signed a 5-year $170 million contract with.

But those who like “objective measures” like to look at shooting. Shooting is a good approximation for standardized testing. Free throw shooting is analogous to the SAT. Everyone takes the same shot at the same distance with no defense. The results are quantifiable numerically. Here are some of Ben’s “scores” (we’ll ignore that he’s tops in rebounds, steals, and assists):

By most measures he’s been a great player for a 76ers franchise that had been terrible for two decades. Should one bad performance, one bad statistic be used to define his career and opportunities?

How many children each year run into a standardized test that teachers, parents, educators, college admissions officers, and administrators use the way the Philly media use Ben’s free throw percentage in that playoff series? How many students are told they are not college ready? Not eligible for that “elite” high school? Not gifted and talented? How many students have their academic confidence disrupted and derailed because of poor performance on one test? How many students start to avoid testing? How many start to avoid school?

The overuse and misuse of standardized testing has ramifications well beyond that one event and that one test.

The Ben Simmons saga should make all educators rethink how we discuss and evaluate testing.

View all posts by Akil